About an hour and a half from Geneva, nestled at the foot of the Berneuse mountains in Canton Vaud, lays the quiet village of Leysin. History records that the village originated in 515 AD and chose its particular location as a means of avoiding robbers who trolled the gorges and valleys between Montreux and the foothills of the Bernese Highlands after the fall of the Roman Empire. 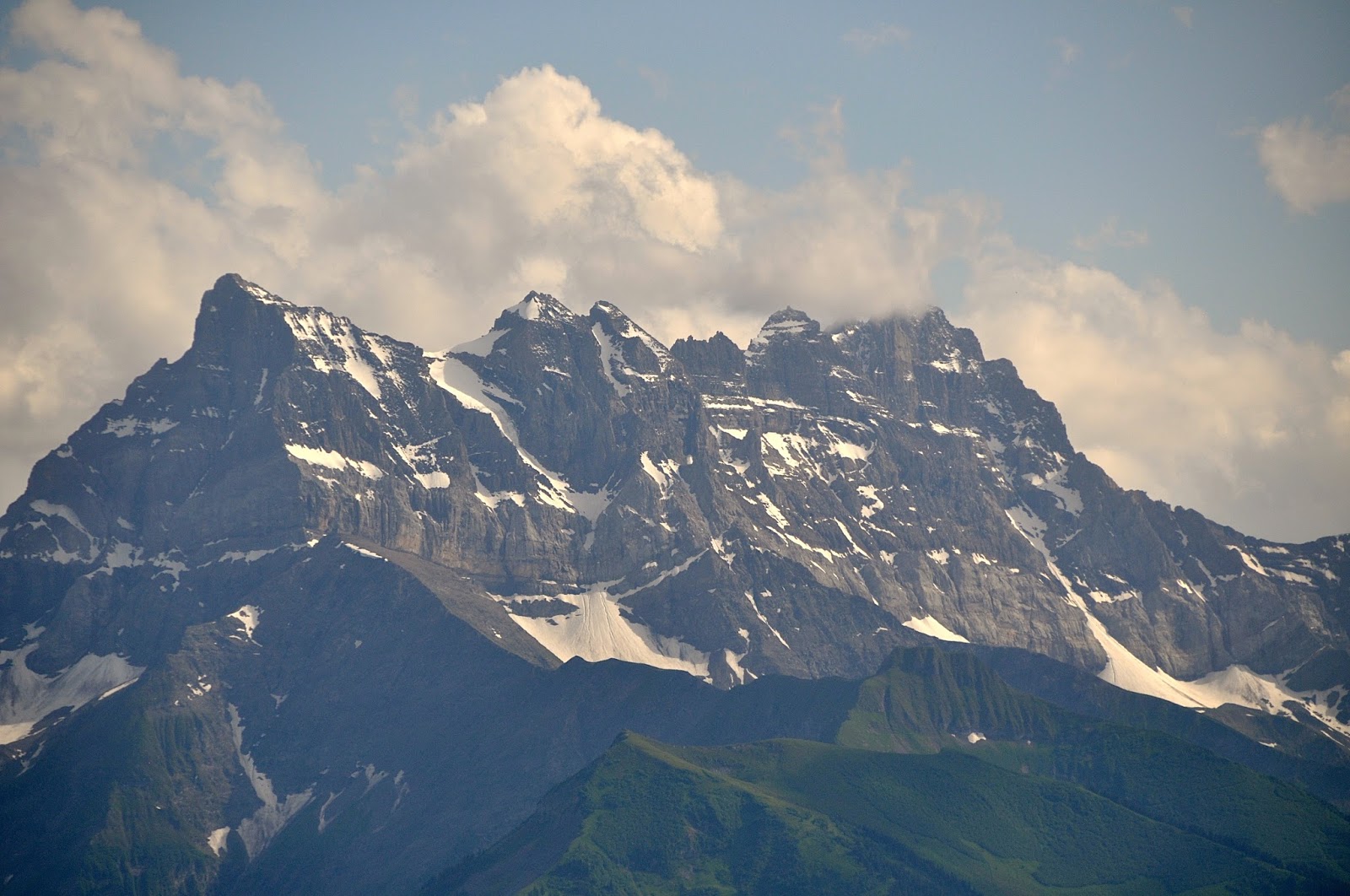 In the 12th century, Leysin was acquired by the Duke of Savoy and the first historical record of the area dates back to 1276. By 1445, the village built its first church, which is still part of the main village today. In 1475, as a result of the Burgundy Wars, the Canton of Bern acquired Aigle district and with it, Leysin. The village achieved a level of independence and freedom from servitude in the early 1500s when it elected its first general council and mayors.

In matters of commerce, Leysin was largely dependent on agriculture and dairy farming for their existence. Eventually, they began growing and harvesting wheat, vegetables, and fruits, making them nearly self-sufficient. Leysin also became a wine-producing area and visitors today can still see beautiful vineyards mounting the hills and terraces in the valleys below.

In 1789, Thomas Malthus, a British political economist, wrote about Leysin in his book, “Essay Upon the Principles of Population.” In it, he compared average life expectancy in Leysin (61 years) with other Europeans and theorized that the people of Leysin lived longer because of the climate and isolated location of the village. The only way to reach Leysin was via a 4 km footpath up the mountain from the valley floor. As a result, Leysin was not affected by communicable diseases that were prone to take the lives of other Europeans.

As Leysin became known to the outside world, people from the valley began sending their children up the mountain to cure various diseases and ailments. This influx of people made it necessary to establish an easier route to the village and a road was built between 1837 and 1875. The first recorded tourist to travel to Leysin for health reasons was a young German who arrived in January 1873.

Thirty years later, Leysin achieved international fame with the arrival of Dr August Rollier. He theorized that the sun had curative qualities for bone and joint tuberculosis and he advocated exposing patients to as much sun as possible. Given Leysin’s unique location – the village is situated on the south side of the Berneuse mountain facing the Rhone Valley and receives sunshine from early morning to late afternoon – the air is thin, humidity is low, it is shielded from cold winds, and the sun penetrates more effectively making it an ideal locale for treating tuberculosis. As a result of this, Leysin became a tuberculosis centre and Dr Rollier was physician-in-charge for 37 clinics.


In 1919, a young artist in the Futurist movement named Růžena Zátková travelled to Leysin for exactly the type of treatment Dr Rollier was offering. A contemporary of Igor Stravinsky, Sergei Diaghilev, and possibly even Coco Chanel, Růžena was a Czech-born artist whose art evolved from Classicalism to Futurism over the short, but dynamic span of 15 years. Sadly, despite Dr Rollier’s therapies, Růžena died of tuberculosis in Leysin in 1923 at the very young age of 38. She was my partner’s great-grandmother.

By 1930, nearly 6,000 people were living in Leysin – around 240 people earned their living through agriculture and 3,000 were tuberculosis patients. With the discovery of penicillin in 1928 and its successful application, not long after World War II the era of “taking the airs” for tuberculosis came to a fairly abrupt end in the village. Many of the clinics shut down. Some of them were repurposed as schools or hotels, but many more were also left completely vacant.

Today, Leysin’s main industry is tourism and winter sports – and it’s well worth visiting for a quick, quiet weekend getaway – but as we spent time in the clear mountain air and learned about the history of the town, I couldn’t help wondering if one day Leysin will have a resurgence as a centre for disease treatment and therapy. With antimicrobial resistance on the rise, will the day arrive where we will again go to towns like Leysin to rest and hopefully survive from diseases that were once treatable?

Pomajzlová, Alena. Růžena: Story of the Painter Růžena Zátková. Written with the support of a grant by the Czech Science Foundation, 2011.

Thanks to Ruth Brennwald, Librarian at the Swiss Hotel Management School for fact-checking and providing additional information. 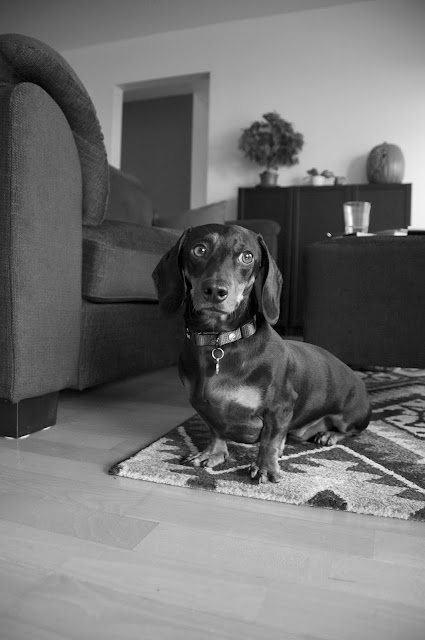 Our dog, Charlie. He's a wonderful little model and isn't often put off by the camera, but occasionally he gives a look that seems to say, "Are you kidding me?! Another photo? Ugh." 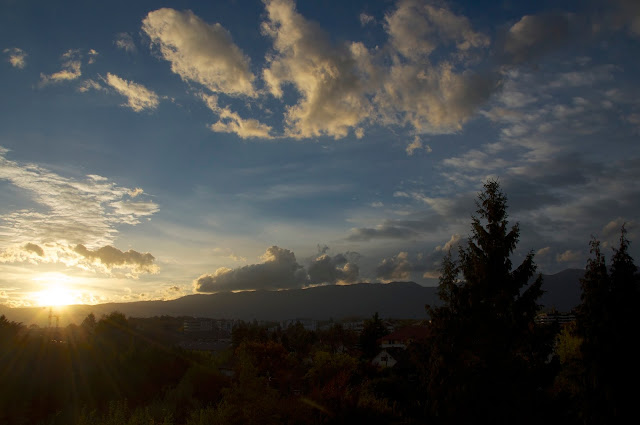 Setting sun over Ferney and the Jura : Ferney-Voltaire, FR

Another gorgeous sunset this evening. It was an hour earlier, though, as we've set our clocks back an hour and switched from Central European Summer Time back to just plain old Time. 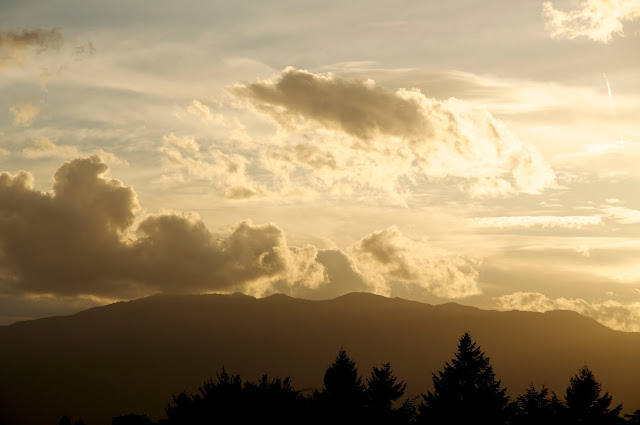 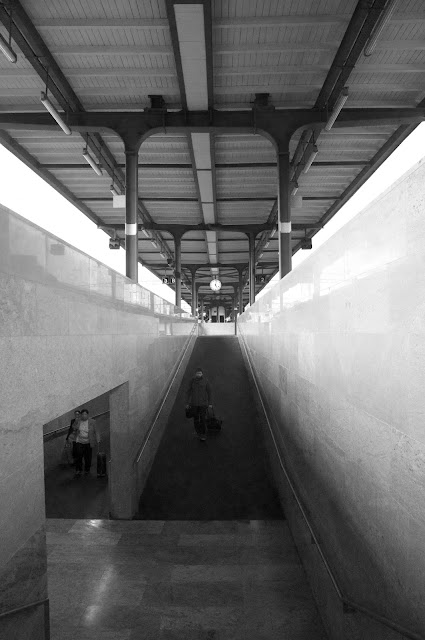 Today, we took a photography seminar with Geneva-based lifestyle photographer, Oliver O'Hanlon. One of the assignments included street photography. I set up this shot intending to photograph the guy coming down the ramp. Just as I got ready to release the shutter, a woman walked into the frame coming up the ramp. It was sort of an Henri Cartier-Bresson moment. 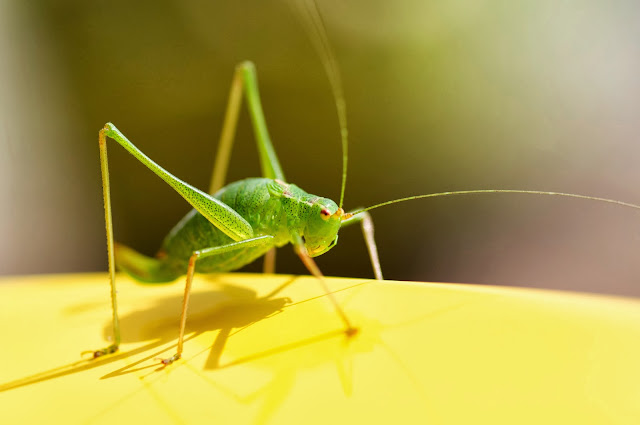 This little fella showed up today on one of our balcony chairs. I grabbed the camera, snapped the macro lens on it, and started shooting. He was a pretty amenable model until he warmed up. After that, I couldn't get him to stand still. Also, I think it didn't help that I had a lens shoved in his proximity. I could tell, by the way he was moving about, that he was having none of it. 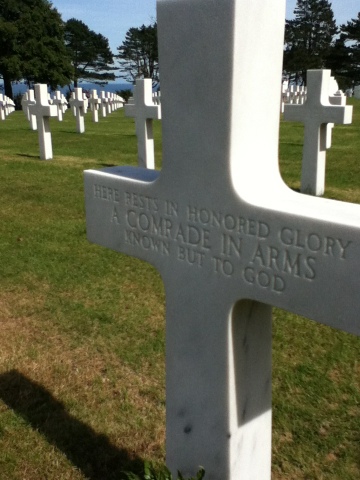 Today, Maya and I visited the American Military Cemetery and Memorial at Colleville-sur-Mer above Omaha Beach on France's Normandy Coast. It is here that American men and women who wore the uniforms of our military -- Army, Navy, Marines, Coast Guard, and Air Corps -- and carried our flag, stormed the beaches and died as part of Operation Overlord / D-Day. Nearly 9,500 of them lie here. They died as part of the largest invasion launched to liberate France and Europe from the tyranny, oppression, and destruction of Nazi Germany.

Those who live in this area still exhibit deep respect and love for the Americans and all of their Allies who fought across 80 kilometers of beaches to advance freedom. At the entrance points on the roads leading into Colleville-sue-Mer are signs featuring a group photo of troops from the Army's 1st Infantry Division that very proudly declare, in French and English, "We thank our liberators." Along the coast in towns and villages stretching from Le Havre to Cherbourg are signs that say, "Thank you." Nearly 70 years after the events of that fateful and decisive day, generations of French remain appreciative and reverent with regards to the sacrifices that were made by young men and women who came from other countries to help free theirs.

It's that word reverent I want to talk about for a minute. As I walked into the cemetery, I was, and those around me were, assaulted by two American women in their 50s yelling to each other across the expanses where lay the bodies of our honored dead.

Yelling. In a cemetery. And not just any cemetery. This cemetery.

I tried politely shushing one of the women, but she chose merely to glare at me. I was appalled by her and her friend's lack of reverence. And these weren't the only ones who were irreverent that day. In striking contrast, the French and Germans who I encountered were speaking in hushed tones or not at all.

And this is as it should. Blood was shed here. Lives were cut short here. Great sacrifice ruled the day here. The least we can do, please, is show some reverence and respect.

HERE RESTS IN HONORED GLORY A COMRADE IN ARMS KNOWN BUT TO GOD.

Posted by Janet M Kincaid at Sunday, September 01, 2013 No comments: 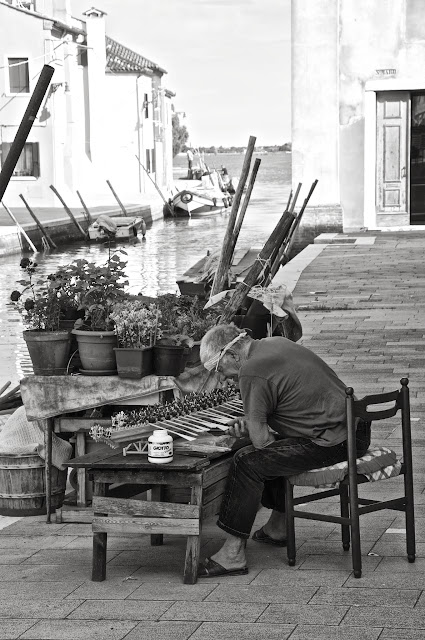 I don't know what you call people from Burano. Buranians? Anyway--just a few random photos of a couple folks who were going about their daily life while the rest of us were being tourists. The guy at the top was working on a balsa wood model boat. It was a rather impressive piece. He wasn't all that impressed with me taking his photo, though. 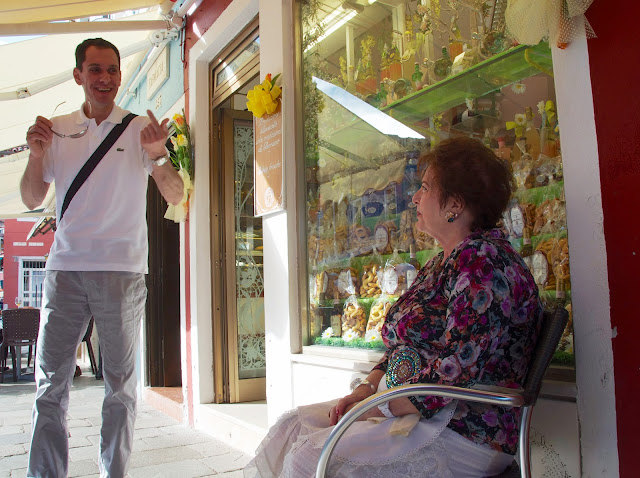 We stopped for ice cream and water at a little bar/restaurant that was next door to a bakery. This woman reminded me of my late maternal grandmother. She watched people coming and going and a few stopped to talk with her. Eventually, I popped into her shop and bought a bag of Venetian cookies. 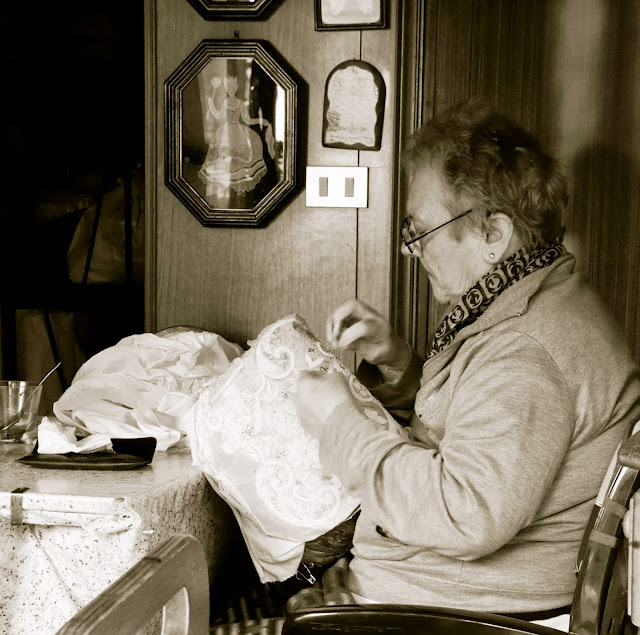 Burano is known for its lacemaking. This was the last photo I took. As we were heading back to the ferry, I glanced inside an open door and saw this woman making lace. I snapped a quick picture, said "Grazie", and she waved me off dismissively! Sort of like the boat builder, I think she was unimpressed.